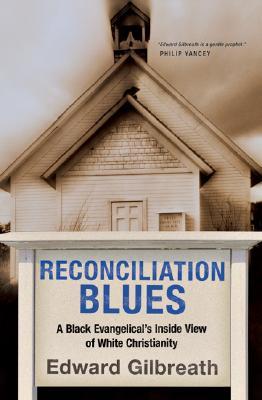 I’ve given up on racial reconciliation quite a few times.The first time was shortly after I discovered it due to my inability to sleep peacefully as I grappled with my newfound understanding of ethnocentrism. The second was when my Asian American husband and I left the segregated and monocultural Midwest for the more integrated and diverse landscape of the East Coast (where racism no longer exists, or so we thought…). The third was when the African American pastor of our mostly white urban church resigned, and it was clear that racial reasons were one of the underlying dynamics that shadowed his pastorate. The fourth and most recent was when we returned to rural Indiana to a landscape of, shall we say, far more (white) milk than (brown) honey. However, it gets a bit tricky to walk out completely on racial reconciliation when you’re married to someone of another race.

Although I am white, I daily face racial issues through the lense of my children and husband. While I easily blend into the crowd, they never do, and I am regularly privileged to experience life through their eyes. In his book Reconciliation Blues: a Black Evangelical’s View of Christianity (Intervarsity Press, 2006), Edward Gilbreath offers a similar gift. With painful honesty, he shares his experience of being an African American evangelical Christian in a white dominated church culture.

Confronting the majority notion that racism in the church is not a pressing issue, Gilbreath observes that “something is still broken.” He offers examples not only from his own life, but also from other African American Christians who struggle to interact with and trust white evangelicals. While he concedes that the church has come a long way from the days of slavery, segregation and lynching, he still questions if we have come far enough, citing the lack of diversity in many Christian organization, and the white majority’s unwillingness to genuninely submit to leaders from other cultures.

Gilbreath begins by describing his experience being the only black person in many evangelical Christian institutions and organizations. He speaks candidly of how he is often expected to speak for his entire race, and to ‘give in’ to the white majority’s unacknowledged ignorance of other cultures.“Many days the weight of it all leaves me exasperated,” he writes. “Sometimes in the silent thumping of my heart, I am haunted by the thought that I will always carry the mantle alone – terrified by the realization that, on a daily basis, if I do not speak up to voice a nonwhite perspective, it will go unheard.”

In addition to sharing about his personal experience, he offers portraits of other publically known black Christians such as Tom Skinner, Martin Luther King, Jr., and (gasp!) Jesse Jackson. Offering a fair treatment of each figure, he shows how their influence has both affected and been received by a white evangelical audience. He even explores how hot-button issues like political associations and cultural over-generalizations effect race relations within the church.

While a powerful read for those already in the throes of the reconciliation movement, I would also highly recommend Reconciliation Blues for those who have not yet entered. The issue of racism – especially in the church – is never an easy one, yet Gilbreath addresses the issue much with gentleness and grace. His vulnerability is a sigh of relief for other nonwhite believers who share his experience of isolation, and a challenge to those of us who too often forget how much we have to learn.