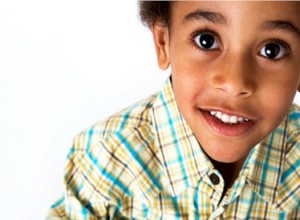 Colorblind Cupid has an interesting series of posts on raising mixed race children.  There’s a wide range of perspectives represented and some interesting thoughts.

oh, do i have so much i could say about this!!! where to start?

to be honest, one of the most exciting things for me about marrying a non-white man (other than the fact that i was gaga over him as a person) was the fact that my children would not inherit my pasty white (as my DH affectionately calls it) skin. no need to read this as distaste for my own background, only that milky brown skin is truly, undeniably beautiful. why would i not want it for my children? i’d worked with so many beautiful non-white children that it thrilled me to pieces that my children could actually look like them instead of me.

so while it hasn’t really been much of a problem for me that my kids’ skin isn’t the same hue as mine, the one thing that has been hard is for my daughter to understand why her skin is not the same as mine. recently, she’s really been trying to come to grips with this.

One day, after we’d had this coversation several times, she looked at me with exasperation and said, “But where am I FROM, mama? When will I be from Sri Lanka? Why don’t I have skin like you or Thaatha [her dad]? When will my skin be brown like his? I’ve been trying to make it turn brown and its just NOT WORKING!” (yes, my five year old is slightly philosophical. our conversation regarding my nephew’s adoption was even more complex…)

this was the second time in my life i’d wished for darker skin. the first was on a street corner waiting for a bus on the south side of chicago, and that was for completely selfish reasons because i was 1) tired of standing out so much and 2) desperately wishing I could pull off dreds… this time i wasn’t wishing for dark skin for my sake, but for my daughter’s, who has just started to sense the sense of isolation that can come with racial issues.

i read once that when a woman gives birth to a baby boy, that male DNA can be found in her body for up to 30 years. the author then made the comparison that when we give birth to mixed race children, that in a sense, we carry a new race in our blood.

what a great opportunity it has been for me to see the world through the eyes of my children, who are, in a sense, forging a new world for themselves. it’s made me a bigger person and given me eyes to see things that i never could have seen without them. in a sense, all children do this for us as mothers, but i think that biracial children do it in an extra special way.

1 thought on “Thoughts on raising a mixed raced child”